I’ve gotten so much free stuff from Yelp (and a bit from Google) that it’s still blowing my mind.

Yelp gets a lot of crap basically because too many people use it wrong. It’s about sharing experiences, not enacting revenge. It’s about meeting new people, not getting free drinks… not that free drinks are ever a bad thing.

I’ve been on Yelp since 2011 and I have zero regrets. Well… I do wish I wasn’t blacklisted from ever becoming Elite (don’t ask), but I’ve done just fine without it.
I’ve been to more quality Broadway shows than I ever would have if left to my own devices. Fun Home, Misery, Fool for Love, and my fave, Incognito. Big annual events like the Yelp Queens Spring Spectacle at the Queens Museum, where I left with a full bottle of Sailor Jerry rum! How I got on the much coveted Holiday Hangover Hornblower party cruise is beyond me, but I think I have a Fairy Godfather Community Manager to thank. These events have lots of food, open bars, DJs, dancing, all for gratis. It’s a swell way to reward content providers.

I’ve managed to have written 423 reviews in 7 years. That’s a measly 5 reviews a month. I tend to write reviews like I write blog posts… in fits and starts. But content is content, and my work has paid dividends.

Here’s my profile: Karen S. @ Yelp I don’t want to boast but I have a few “Review of the Day” under my belt. *cough*My Reviews on RotD*cough*

I’ve met more new friends via Yelp in my adult life than I thought possible. Adulthood tends to be when you form fewer lasting friendships and lose old ones. So I’m feeling blessed for coming out ahead.
We have these things called Unofficial Yelp Events (UYEs) where we get together locally and even across the country. It makes for the most eclectic mix of people to have something in common with. Great people you would have never met otherwise. I would say Yelp is most worthwhile just for that. Keeping a quasi-journal is fun and all, but meeting new and interesting people wins hands down.

I’ve also used my content with Yelp’s competition, Google’s Local Guides. I’m loyal, but I’m not Yelp Elite loyal (hint hint Jeremy Stoppleman). With just a few minor edits, I’ve recycle/reduce/reused reviews so that pretty much right off the bat I made Level 6. That’s when the perks kick in for Local Guides. So far I’ve only gotten a couple of $5 movie tickets, but with a NYC 3D ticket going for $25, it’s a sweet perk. I started on the ground floor with Google, so I’m looking forward to them growing and boosting their rewards for content.

So if you enjoy writing, going out, and meeting new, interesting people, I can’t recommend Yelp enough. Get out there and have fun! 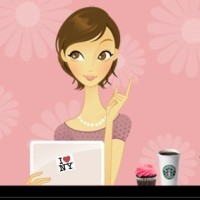 a cup of thoughts

The best of the literary web

Today's generation is financially illiterate, so I am going to attempt to change that one person at a time.

More than just a picky eater

Hello,everyone! This is a blog about fitness, healthy food, and all what we love. Here you will find advices, ideas and motivation to change your life. If you think it is impossible, you are wrong, you can do it!